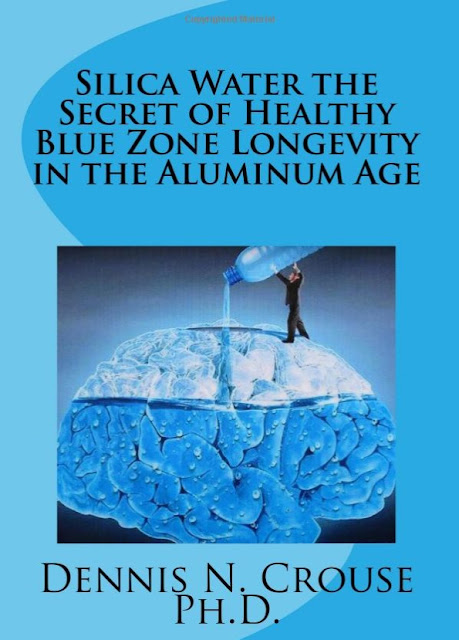 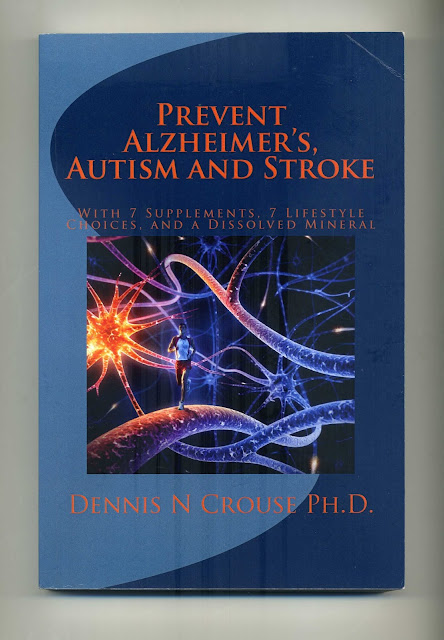 Sudden weak limb syndrome (SOWLS) is a disease of children and young adults. There are several types of SOWLS depending upon symptoms in addition to weak arm(s) and/or leg(s):
·         Acute flaccid myelitis (AFM) – loss of muscle tone and decreased or absent reflexes
·         Transverse myelitis (TM) – neurological dysfunction on both sides of the spinal cord causing numbness and weakness of the limbs and deficits in sensory and motor skills
·         Multiple sclerosis (MS) – Blurred vision and either recurring attacks or progressive symptoms including physical, mental, and sometimes psychiatric problems
These diseases are idiopathic as they seem to arise spontaneously and their etiology (i.e. cause) is unknown. Finding the etiology of SOWLS is important because only by finding the cause can we find effective treatments and a cure. Based upon recent research the etiology of SOWLS involves peripheral nerve injury, such as caused by cuts, injections, or vaccinations, enhancing the transport of neurotoxic aluminum and enteroviruses to the soma of neurons causing SOWLS. This is explained in more detail in the following three paragraphs:
Increased Aluminum Transport after Peripheral Nerve Injury: After peripheral nerve injury there is increased transport inside neurons of specific molecules from the site of injury to the portion of the neuron that contains the nucleus (a.k.a. soma)1-3. This is called retrograde axonal transport that moves molecules at a rate of 10 to 20cm per day. One of the large molecules (i.e. proteins) that are transported in this manner in both sensory and motor neurons is transferrin4,5.  Transferrin is an iron transporter that also transports aluminum6.  Aluminum is a known neurotoxin that damages neurons in the central nervous system and accumulates in the brain7. Retrograde axonal transport of aluminum from a site of peripheral nerve injury in a limb to the somas of injured neurons is a likely causal factor of SOWLS.

Enterovirus Transport after Peripheral Nerve Injury - Mice inoculated intravenously with poliovirus do not always get poliomyelitis. However, it has been shown that repeated injections of just phosphate buffered saline results in injury-provoked paralytic poliomyelitis or provocation poliomyelitis in mice previously inoculated intravenously with poliovirus8. It was also shown that after peripheral nerve injury the poliovirus is transported by retrograde axonal transport from the periphery to the soma of neurons accounting for facilitated access of poliovirus to the central nervous system10. Provocation poliomyelitis has also been reported in chidren after inoculation with the aluminum containing DTaP vaccine9,10.  During the first month after inoculation a relationship was shown to exist between the site of injection and the site of paralysis10.
Cases of Enterovirus Associated with AFM - In 2018 the Children’s Hospital of Colorado reported 13 children with central nervous system infection. Three of these children were diagnosed with AFM. The 13 children were aged 3 months to 35 months and tested positive for the polio-like enterovirus EV-A71 and in one case EV-A71 was identified in the central nervous system13. In 2014 the CDC reported 88 cases of AFM in 38 states. Of these 88 cases 15 cases tested positive for the polio-like enterovirus EV-D68 but no enteroviruses were detected in the central nervous systems of any of these children12. Enterovirus transport may be a causal factor in AFM.
Increased Aluminum Accumulation due to Enterovirus Infection - The most important pathway for iron accumulation in the brain is via the transferrin iron transporter13. Transferrin is known to also transport aluminum6. Retrograde axonal transport of transferrin is enhanced after a peripheral nerve injury, such as a vaccination1,2,4. If there is a simultaneous enterovirus infection, such as EV-A71 or EV-D68, there may be enhanced aluminum accumulation in the central nervous system. It has been shown that iron accumulation increases in the brains of mice infected with enteroviruses14. Although these mice brains were not checked for aluminum, it is likely that entrovirus infection also results in increased aluminum accumulation.

Sources of Aluminum – Aluminum has four routes of entry into the body:
·         Vaccinations
·         Ingestion
·         Inhalation
·         Dermal
In order to attack the central nervous system aluminum must either cross the blood-brain-barrier or be transported from a peripheral nerve through a neuronal pathway to the brain. Aluminum is an adjuvant that is added to most vaccines given to children and young adults. It has been found that the aluminum adjuvant is slowly released from the vaccination site into the blood and brain15. For children the major sources of aluminum are vaccines, baby formula, food colorants, used in colored candy and frostings, and baking powder used in pancakes, waffles, and baked goods16. For adults the major sources of aluminum are ingestion of variety of processed foods, cookware, coffee makers, cosmetics, antiperspirants, and inhalation of tobacco smoke and aluminum vapor from vaping devices16.
Variation in Aluminum Absorption and Accumulation - There is a wide variation in aluminum absorption and accumulation among children and young adults17-18. For instance, compared to those without MS, people with relapsing-remitting MS have 7-fold more aluminum and people with secondary progressive MS have 2.6-fold more aluminum in their urine on average19. Also people with MS have much higher than normal concentrations of accumulated aluminum in their brains20. Silica-rich drinking water has been shown to increase aluminum excretion in the urine by 2.5-fold in those with MS21.

The human papilloma vaccine (a.k.a. HPV, Gardasil) contains aluminum as an adjuvant and is given as a series of vaccinations to children and young adults aged 9 to 44.  The HPV vaccine is primarily given to people at an age when they have the highest risk of MS.

In 2018 in Miami, Florida two teens, one male and one female, who were 14 and 17 years of age experienced symptoms of MS within 1 to 2 weeks of vaccination with HPV vaccine22. They both were diagnosed with optic neuritis and had symptoms of blurred vision and in one case numbness and weakness in the legs. Oliogoclonal bands (i.e. bands of immunoglobulins) were found in their cerebrospinal fluid but not their blood serum indicating inflammation of the central nervous system that is indicative of MS. Both teens experienced a relapse of symptoms within 2 months of initial symptoms and were both diagnosed with relapsing–remitting MS22.

MS is a disease with “obscure symptoms” 22. Therefore MS may fail to be correctly diagnosed in all cases. In the following anecdotal information we may have an example of undiagnosed relapsing-remitting MS. This was possibly due to both childhood vaccinations with aluminum containing vaccines and a diet of aluminum containing junk food and healed by drinking silica water and avoiding junk food:
“My son has always been healthy, and I cannot remember a time where he has needed to go to the doctor in all of his 10 years.  But at age 10 he went from healthy to wheelchair bound in the space of 6 months. First he had blurred vision and I noticed he was walking too close to walls and hedges, almost walking into them.  Then he had chronic weakness in his legs and would fall over, unable to move his legs. He was tested and they found nothing wrong, believing it must be a mental problem. After all these tests he remained undiagnosed, untreated, and continued to deteriorate physically and mentally. I researched and followed Chris Exley's advice, giving my son Volvic silica water each day. We noticed a difference within 3 days, he was out of the wheelchair within 10 days, and doing PE and gymnastics at school in 45 days. A relapse of symptoms happened recently. Unfortunately when my son strays off the healthy food and eats junk food over a certain amount of time, his symptoms reappear. Doctors don't want to admit that they failed and a daily bottle of silica water cured him. He has been on Volvic water since November 2016. This is something we will do for as long as we can. It is not a quick fix and needs to be a lifestyle change. Sorry to say it, the health system failed us, but Prof Exley's research saved our son. It sounds too simple to be true, but it worked unquestionably for us.”  August 2018
Note that the symptoms in this anecdotal case (i.e. blurred vision, weakness in the legs, relapse of symptoms) are identical to those observed recently in Florida after HPV vaccination. These are likely examples of aluminum in vaccines and/or aluminum in junk food (i.e. colored candy, colored frosting, donuts, cookies, cupcakes, etc.) triggering MS or a relapse of MS symptoms. _____________________________________________________________________________
Aluminum has been linked to MS as a likely causal factor. For complete details and references to the scientific literature please see my book “Silica Water the Secret of Blue Zone Longevity in the Aluminum Age.”  Based upon current research data aluminum may be also linked to AFM as a likely causal factor.
Silica water, such as Volvic, Starkey, Fiji and synthetic silica water, such as homemade Silicade, have been proven to remove accumulated aluminum from the brain and other organs of the body23,24 and should be considered as potential treatment for SOWLS. 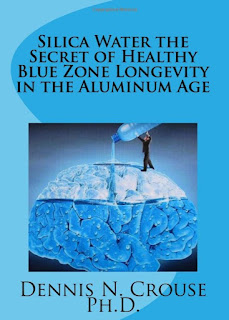